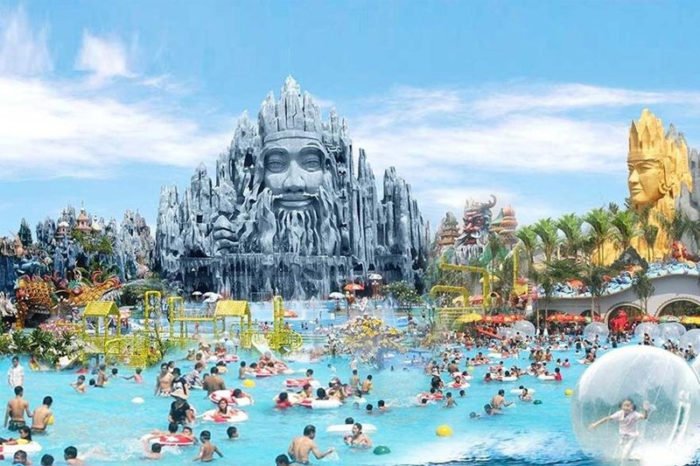 In an effort to become a must-visit destination for domestic and foreign tourists who wish to discover and explore Vietnamese culture and tradition in Hanoi, Bao Son Paradise Park was created as a multifunctional leisure and entertainment location with cutting-edge technology, which has constituted the key business and iconic brand of Bao Son Group.

Launched since 2008 with initial investment up to USD100 million and total area of 22 hectares, Bao Son Paradise Park is a component under the An Khanh new urban area construction and development project in Hoai Duc district, Hanoi. The urban area is anticipated to become a highlight of Northern Vietnam with standout architecture and harmonized concept, putting an emphasis on Vietnamese culture and satisfying international environmental and safety standards.

Located in a vast and airy space which is only 6 km away from the National Convention Center along Thang Long Boulevard, Bao Son Paradise Park is a unique recreational complex which represents monumental combination of economic and tourism aspects and seamless harmonization of traditional and modern vibes within a quintessential and convergent setting; the Park is an exceptional joint between traditional scene and culture & arts, technology, ecology, entertainment and cuisine.

During the last two years, a number of facilities, such as Safari complex, Dream Land studio, Hobbit Restaurant and amusement rides, have been brought into life in Bao Son Paradise Park, meeting all guests’ recreational and cuisine expectations.

With its motto, “Improvement for development”, the best efforts have been made on training and enhancement of the team, upgrade of the services, and further investment to offer more rewarding experiences.

The Park possesses the refined and harmonized natural and artificial beauty, along with sophisticated combination between ancient and contemporary architecture. The fresh atmosphere will trigger phenomenal refreshment and cheers.

Centered at the sprawling water park is the adults and kids’ pool area with high speed water slides and tubes, and some are tailored for children in kid’s area. Playing in the blue crystal water is a must try activity during summertime.

Keeping in mind that safety for visitors in the water park is the top concern, especially during summertime, hundreds of selected lifeguards with high competency are recruited every year with priority on sports school graduates.

A massive and ambitious update has been recently made this year. In the early 2019, the Dream Land studio with marvelous replicas of iconic landmarks and monuments was brought into operation. The studio is divided into five main zones i.e. Taj Mahal (India), Fountains and Garden by the Bay (Singapore), Beuvron Village (France), Hobbiton Village (New Zealand) and the Treehouse (Mexico).

There are currently 21 games and rides for both adults and kids, including a number of first-ever thrilling games in Vietnam such as Water coaster, Zipline etc.

Other two novel games expected to be completed this year include the Family Boomerang Rebound and the Flying Theater, which are planned to launch in September and bring about memorable and extreme impression.

To create a multifunctional leisure and recreational space, the Park frequently holds various themed cultural festivals, art shows, and street carnivals, which generate a fresh, vibrant, colorful and contemporary climate. Among other things are Latino Festival, Hawaii Party, Pirates Festival, Water Gun Festival, Light Music Festival, and Indian Festival. With the Aladdin World theme for summer 2019, the Park has become more animated than ever with the Carnival street ride and Aladdin and the Magic Lamp circus show at the Persian castle stage.

With its core value to reproduce and honor Vietnamese culture, Bao Son Paradise Park is both a multifunctional recreational complex and home to traditional and cultural beauty of the country with iconic tours and experiences at the Old Quarter, traditional handicraft villages, and traditional art shows.

• A must-come destination for domestic and foreign visitors who wish to discover and explore Vietnamese culture and tradition in Hanoi.

• The key business and iconic brand of the Bao Son Group.

With its developing ambition and strategic vision centering its core characteristics, Bao Son Paradise Park is integrated with momentous and influential values, for instance:

• Social value: Generating jobs for local labors, contributing to the local and national economy and become a balancer for the tourism, service and resources for the entire neighborhood.

• Recreational value: Fulfilling the growing demand of entertainment for both domestic and foreign visitors.

WHERE TRADITIONAL AND MODERN VALUES ARE INTEGRATED

A FAMILY DESTINATION FOR ALL THE VIETS 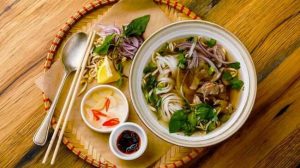 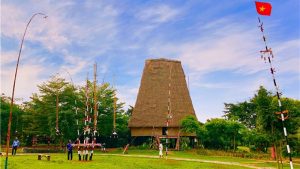 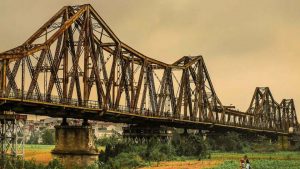